The Monster Squad is a 1987 family film.

The Monster Squad is a society of young pre-teens who idolize classic monsters and monster movies and hold their meetings in a tree clubhouse. Club leader Sean (Andre Gower), whose five-year-old sister Phoebe (Ashley Bank) desperately wants to join the club, is given the diary of legendary vampire hunter Abraham Van Helsing (Jack Gwillim) - but his excitement is toned down when he finds it's written in German. Sean, his best friend Patrick (Robby Kiger), and the rest of the Monster Squad visit an elderly man, known as the "Scary German Guy" (Leonardo Cimino), actually a kind gentleman, to translate the diary. When the Monster Squad wonders how the German man is knowledgeable about Van Helsing's battle with monsters, he wryly comments that "he has some experience with monsters" and his shirt sleeve briefly reveals a concentration camp tattoo. The diary describes, in great detail, an amulet that is composed of concentrated good. One day out of every century, as the forces of good and evil reach a balance, the otherwise indestructible amulet becomes vulnerable to destruction, and the next day of balance falls within a couple days, at the stroke of midnight. The kids realize they must gain possession of the amulet before the day of balance arrives; once they have the amulet, the kids can use it — with an incantation from Van Helsing's diary — to open a hole in the universe and cast the monsters into Limbo. As shown in the prelude, van Helsing had unsuccessfully attempted this one hundred years ago in order to defeat his old adversary Count Dracula; his apprentices then emigrated to the United States to hide the amulet, where it was out of Dracula's immediate reach. Dracula, meanwhile, seeks to obtain the amulet before the Monster Squad does, so that the Count can take control of the world and plunge it into darkness. To this end, he assembles several monstrous allies: a mummy, and an amphibious gill-man, and a Wolfman, in addition to three school girls (Mary Albee, Joan-Carrol Baron, and Julie Merrill) whom the Count transforms into his vampiric consorts. Dracula steals a crate from an old World War II bomber in flight which carries a crate containing Frankenstein's monster, thus completing his allies. However, Frankenstein's monster is reluctant to aid Dracula and wanders into the forest where he encounters Phoebe. Rather than being afraid, she shows him the kindness he has also sought, and he gets acquainted with her. After Phoebe shows the Monster Squad that Frankenstein's monster is not evil, he chooses to help the boys instead of Dracula. The amulet turns out to be buried in a stone room, under a house that Dracula and the other monsters now occupy and where Van Helsing's diary was found. The secret room is littered with wards which prevent the monsters from simply taking it. The Monster Squad finds and removes the amulet, and escape Dracula's grasp only with sheer luck and a talent for improvisation (like using a garlic pizza to burn the vampire's face). The German man informs them that the incantation must be read by a female virgin. As midnight approaches, the Squad makes their way to a local cathedral to make their last stand — and in the nick of time, as shortly after they leave, Dracula destroys their clubhouse with a stick of dynamite. This also calls up another helper for the Monster Squad: Sean's father, Police Detective Del, who has been charged to investigate the strange happenings in town of late (as caused by Dracula's cohorts) but has been quite skeptical about their supernatural causes, not to mention Sean's hobby, in the first place. Del is further puzzled when he is getting warnings from the werewolf that his family is in danger, as the werewolf is actually also a reluctant pawn of Dracula in his human form. Unfortunately, the doors to the cathedral are locked, so the incantation must be read on the stoop, leaving the Squad vulnerable. The Monster Squad has the assistance of Sean's father and Patrick's older sister (Lisa Fuller), as she's the only virgin they know who speaks German. Unfortunately, with time winding down, the incantation fails since Lisa is actually not a virgin anymore. As Dracula's Brides and the other monsters close in, it is realized that Phoebe, being five, must still be a virgin, and the German Guy attempts to help her read the incantation as the rest of the Squad fends off the monsters. In the ensuing battle, the vampiresses, the Mummy, the Gill-Man, and the Wolf-Man are killed. Dracula arrives and is about to kill Phoebe when the Frankenstein Creature turns against him, impaling him on a wrought-iron fence. Phoebe finishes the incantation, opening the portal which begins to consume the bodies of the monsters. Dracula, still alive, attempts to drag Sean in with him, but Sean is saved at the last minute by stabbing Dracula with a wooden stake, and Van Helsing, who briefly escaped from Limbo to take Dracula to his doom. Although Phoebe tries tearfully to hold onto him, Frankenstein's Creature says he must also enter the portal, but accepts a gift of a stuffed animal to remember Phoebe. The portal then closes, ensuring the world's safety. 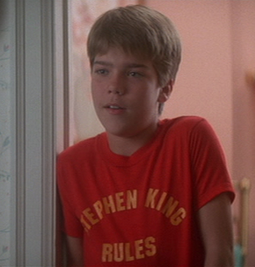 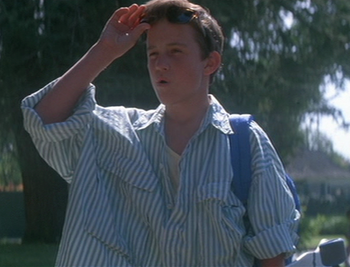 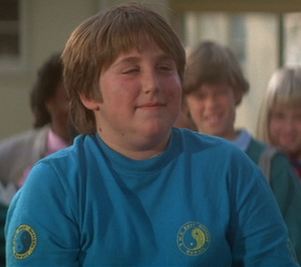 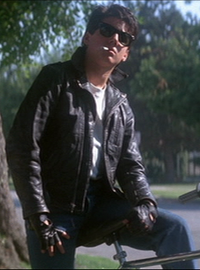 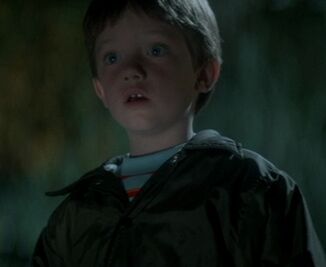 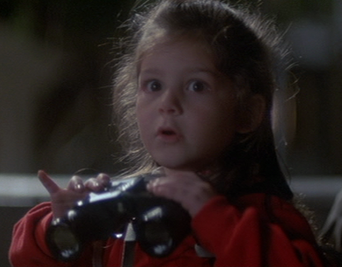 Add a photo to this gallery
Retrieved from "https://monstersquad.fandom.com/wiki/The_Monster_Squad?oldid=4126"
Community content is available under CC-BY-SA unless otherwise noted.